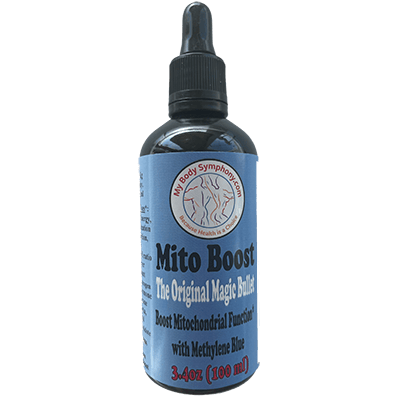 Mito Boost (MB) contains USP grade Methylene Blue as a 1% solution. MB has documented benefits associated with increasing oxygen delivery and restoring proper energy production to the mitochondria at the Electron Transport Chain level. Doing so can enhance the function of a wide variety of cells while enhancing health.

Methylene Blue has a somewhat unique ability to absorb light energy and can be combined with light therapy/ PhotoBioModulation such as TheraLumen.

Use with Caution if taking SSRIs as it will increase serotonin levels.

Suggested use based on the research: A full therapeutic dose is considered to be between 0.5mg to 4mg per Kg of body weight. Dosing can be done twice a day if desired. Theoretically, benefits can occur with much smaller amounts as well, due to its unique ability to enhance &/or replace the cytochrome enzymes in the Electron Transport Chain. One drop is 0.5mg.

Therapeutic doses are considered to range from 0.5mg-4mg per Kg of body weight although there are benefits at much lower dosages as well. Methylene Blue goes to tissues where the ETC is not functioning properly and essentially completes the electron transport component by compensating for the dysfunctional cytochrome enzymes. The belief is that this helps to restore the function of the cytochrome enzymes provided the damage has not been too great and there are no significant nutritional deficiencies.

* Metabolism & Energy! Mitochondria are subcellular organelles that produce 95+% of the body's energy needs. Methylene Blue works at the final stage of the mitochondrial energy production pathway known as the ETC (electron transport chain). This mitochondrial energy, in the form of ATP, is what powers pretty much everything else. This includes the synthesis of Proteins, DNA, RNA, Enzymes, & ALL other cellular products.* Chronic Disease Treatment: It has been well-established that damaged mitochondria are the root cause of virtually all chronic degenerative diseases.* Antidote for Multiple Poisonous Substances like cyanide and carbon monoxide.* Healing & Repair: Energy if vital to heal, repair, replace, and regenerate cells, tissues, and organs.* Pain Relief: Methylene Blue has been used successfully to treat pain since the 1890s!* Additional Roles: Boosts NAD to NADH ratio, Antioxidant Functions, Anti-Bacterial, Anti-Viral, Anti-Fungal, Anti-Parasite, Anti-Tumor Effects, Supports Immune System Functions, and it was the first, and still most effective, treatment for Malaria. Methylene Blue has also been successfully used to treat anaphylaxis, septic shock, Kaposi's sarcoma, West Nile Virus, and Staph aureus, and others. Bio-oxidative medical effects via its ability to absorb light energy. Methylene Blue used in combination with red light therapy can provide a more potent anti-microbial effect.

Methylene Blue was successfully used to treat a variety of urinary tract infections for decades prior to the discovery of antibiotics. Once antibiotics were in production and Big Pharma began to flex its marketing muscles, Methylene Blue and many other 'off-patent', and therefore less profitable interventions were left behind.

Modulates estrogen & prolactin while enhancing testosterone levels. Both are particularly beneficial as we age.

The largest organ system in the body and where most of our mito- chondria are located. Maintaining proper muscle mass is a key to longevity. Methmoglobinemia (associated with the blood): this is damaged hemoglobin that becomes oxidized and unable to carry oxygen. There are many different causes of methmoglobinemia. Methylene Blue is able to fix it and has been used as the primary medical intervention for this condition for decades.

Methylene Blue is not a nutrient so there is no such thing as a deficiency, however, Methylene Blue, AKA 'The Magic Bullet' seems to go where it is needed to help restore proper functioning of the Mitochondria's Electron Transport Chain.

Methylene Blue is EVEN more effective when used in combination with TheraLumen - Red Light Activation!

Recent research has shown that methylene blue may be neuroprotective against several cytotoxicity related diseases such as stroke and Parkinson's disease to include High blood pressure as well. Methylene blue is an electron carrier, which allows it to function against malaria and methemoglobinemia, and is highly beneficial in cytotoxic situations in the brain as in cardiac tissue, it encourages cellular oxygen consumption and decreases anaerobic glycolysis.

These benefits are highly relevant to conditions such as Alzheimer's disease, Parkinson's disease and stroke. Direct comparisons to antipsychotic drugs, such as phenothiazine, showed that methylene blue has similar neuroprotective effects, but a different mechanism.

Mito Boost was formulated by 'The Nutrition Ninja Doc ' aka Dr. Max MacCloud (DO, ND, Ph.D.), a Progressive Physician & Nutrition Expert with over 20 Years of experience. 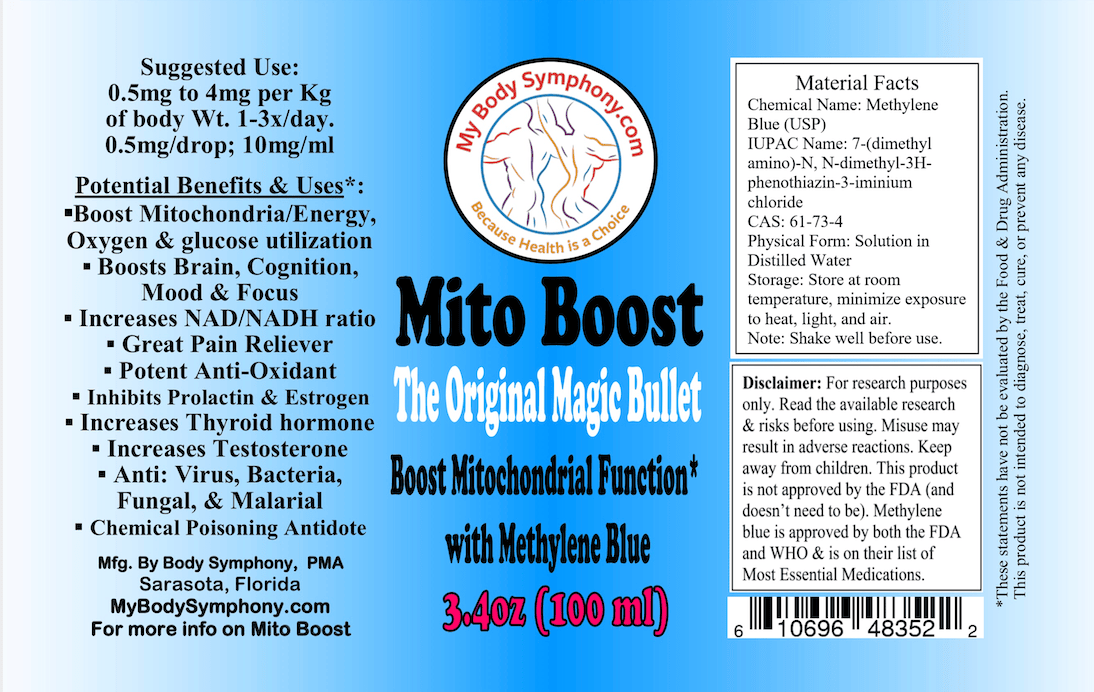 Disclaimer: These statements have not been evaluated by the Food & Drug Administration. This product is not intended to diagnose, treat, cure, or prevent any disease.

TheraLumen has not been evaluated by the Food and Drug Administration. TheraLumen or Advanced Light Devices, LLC products are not intended to diagnose, treat, cure or prevent any disease. Consult your physician before using TheraLumen. 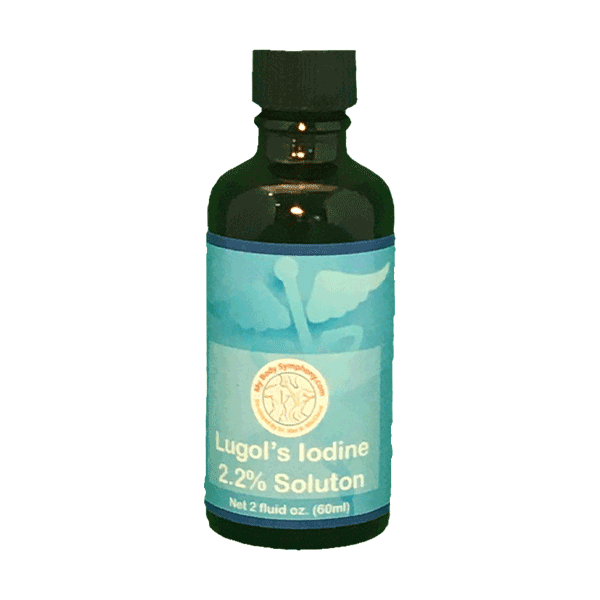 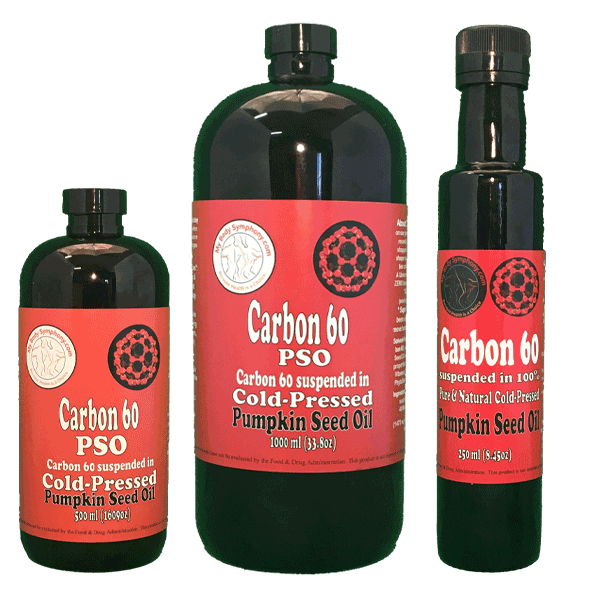